The British are Coming

A trifle, as defined, is an article or thing of very little value. Leave it to the Brits to give such a depressing name to something as delicious and brilliant looking as a trifle. This cold dessert of cake, spread with jam, fruit, and covered with cream, was originally invented to make yesterdays stale old sponge taste fresh and delicious again. Traditionally the cake was soaked in liquor to revive its moist texture. Then it was pressed in a bowl to absorb all the yummy delicious flavor from the jam and cream layers. So it was cheap, easy to make, and a great way to use up leftovers. In this marymeals version I’ve taken the trifle out of the bowl and turned it into an elegant layer cake. A trifle indeed!

Scrape down sides of bowl with rubber spatula, and divide batter into two greased 9inch round cake pans. Bake about 35 min. Cakes are done when toothpick inserted in center comes out clean. Let cool at least 45 min.

Whip together all ingredients in a standing mixer, until it starts to resemble whipped cream, you don’t need to continue whipping past this stage because it will continue to set while chilling in the fridge.

For the Fruit layers:

Empty the jam into a small microwave safe bowl and heat for about 30 seconds add in ginger ale and stir to thin the jam.

Place one layer on cake plate and spread with the thinned down jam. Place about half of the cream filling over this layer of jam and spread evenly. Place half of the raspberries on the filling and press them into the cream.

Drizzle with a little more jam. Place the second layer over this. Spread another layer of jam followed by the remaining cream. Top with fresh berries. Place in refrigerator to set for at least one hour.

After the cake is cut into it will need to be covered at all times to stay moist! But, you might not even have to worry about leftovers!

I'm a freelance writer, blogger, and food nerd, who encourages novice cooks to eat well wherever they roam, and maybe even look good while doing it.

I Get By With a Little Help…

A Piece of Cake! 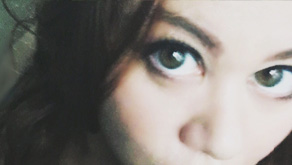 I'm a freelance writer, blogger, and food nerd, who encourages novice cooks to eat well wherever they roam, and maybe even look good while doing it.

Made with in Wisconsin